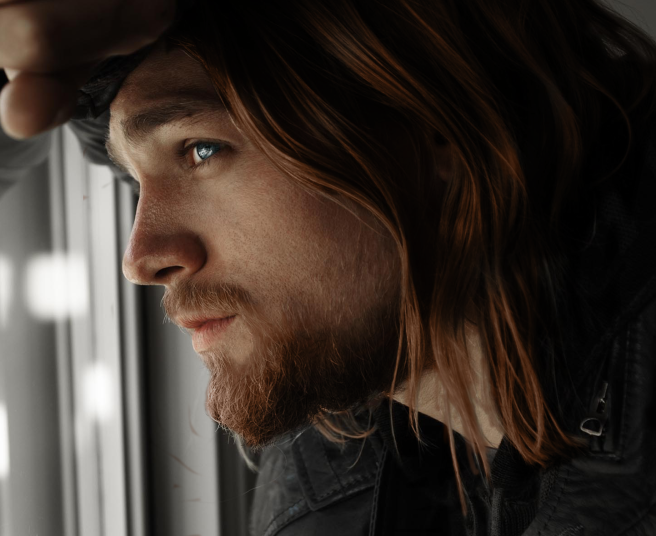 Family: A younger sister he calls Kimby, and his widowed mother. Both live in Bree-town.
Spouse (or other romantic interest): Married to Varidia as of the 28th of Nárië/Forelithe/June (2018).
Children: He’s the ‘adopted’ father of Jaemy, and he/Varidia are expecting their first biological child in the early summer (2019).
Friends: Frank is his best friend, the little brother he never had. He’s generally friendly with everyone around Durrow.
Adversaries: Who could hate Os??
Companions: N/A
Reputation: Great blacksmith with a knack for making exceptional wrought ironwork. Very friendly, always willing to hang out and drink a few beers.

Profession: Blacksmith.
Education: Basic schooling with letters and numbers, quit to instead apprentice as a blacksmith at the age of 13.
Hobbies: Jewelry making (he enjoys practicing the finer details), drinking beer, painting.
Special Talents: He has a natural talent for singing (deep baritone), but rarely showcases it outside of a bawdy tavern tune.
Combat Training: Joined the Bree-town guard with his friends for a while, during a particularly concerning bandit surge. He kept on for several years and learned to fight with a sword while using an axe as defense in his second hand.
Favored Attire: While working, anything that fits well (don’t want clothes hanging down around fire). Off hours, anything comfortable and with pants; he is not a robe fan.
Inventory/Keepsakes: A small piece of jewelry he created for his mother many years ago (small silver brooch inset with three small gems: a ruby, an aquamarine, and a citrine). He always keeps a length of string or two on hand, in case he needs to tie his hair back.

General: A tall, buff man with shoulder-length chestnut colored hair and eyes the color of an early winter’s morning sky. He looks handsome enough, but nothing to write home about (unless that’s your type). He likely has a smile on his face and a mug of ale in his hand.
Personal Strengths: Blacksmithing! Being friendly. Drinking beer. Always being willing to help, however, needed.
Weaknesses and Flaws: A little old fashioned,
Personality Quirks: He likes to move his hands when he talks!
Aspirations/Motivation: To build his family, and protect those he loves. While having fun, of course!

Look-Alikes: Imagine a bearded/long haired Charlie Hunnam with warm chestnut-colored hair and light blue eyes (pic at top). That’s basically Os.
Voice: While the video is in Finnish, I find Emmpu’s voice to be very close to how I imagine Os to sound: lower with a pretty constant laugh in his tone. (Video)
Speech: His accent and dialect are both strongly “Bree-town.” The longer he’s in Durrow, the less pronounced it’s becoming.
Song Library or Theme Song: The song that perfectly sums up his personal philosophy on life is “How Did You Love?” by Shinedown.

Fanart/depictions of him:
I commissioned a wonderful illustration of Os in his every day outfit from LadyZolstice. 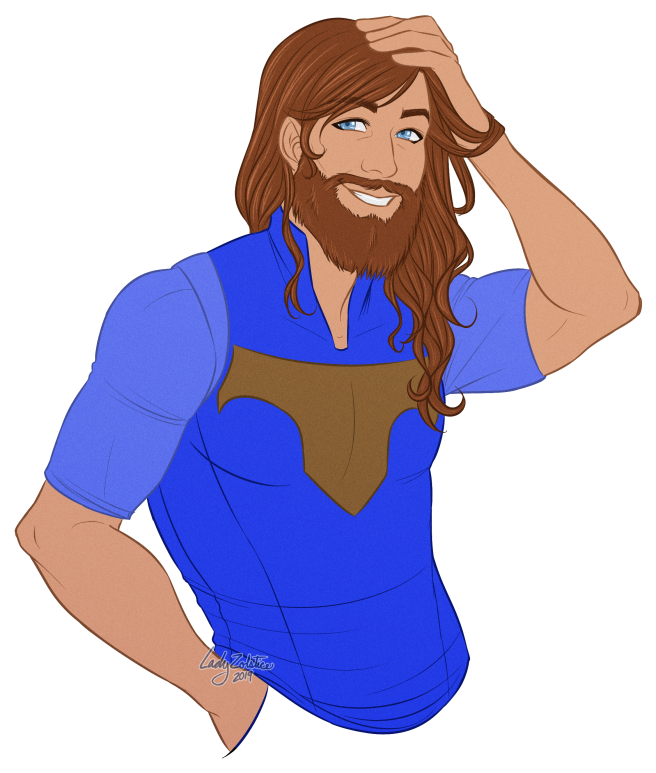